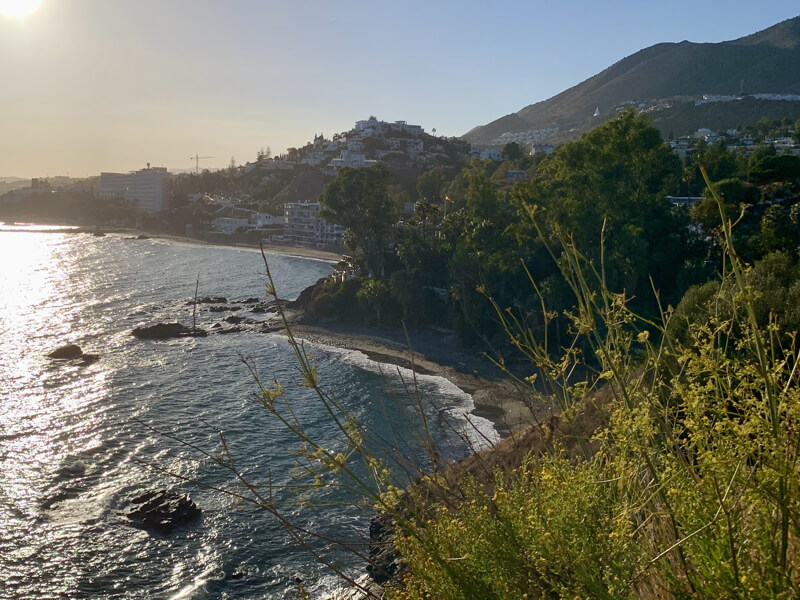 Benalmádena is a municipality of 27 square kilometers and just over 69,000 inhabitants. About 34 percent of the inhabitants are of foreign origin. The largest foreign nationality is the British, but many Scandinavians also live here. The Norwegian school is located in Benalmádena along with several international schools such as Colegio Internacional de Torrequebrada, The British College and The Benalmádena International College.

The municipality offers a fairly hilly landscape which gives you a fantastic view almost no matter where you are, has three urban centers; Benalmádena Pueblo, Arroyo de la Miel and Benalmádena Costa.

Benalmádena Pueblo is a classic whitewashed Andalusian village a little way up the mountain. The view is magical and the village offers charming cobbled streets, colourful flower arrangements, orange trees and cozy little outdoor cafes and restaurants. Arroyo de la Miel is a modern town with just the perfect size, between the Pueblo and the coast. The character is genuinely Spanish and here you find a big selection of restaurants and small shops. Benalmádena Costa is the municipality's coastline with the economic activity especially concentrated to the area around the port of Puerto Marina, which in addition to boating, also has a varied offer of entertainment both day and night. Puerto Marina is one of Andalusia's largest leisure ports and is known for its unique architecture. There is also a large selection of restaurants, bars and nightclubs.

In Benalmádena there are lots of things to see and do. Here you find the amusement park Tivoli World which was inaugurated in 1973, the cable car Teleférico which takes you up the mountain where there are several hiking trails and daily bird shows with eagles and falcons, the aquarium Sea Life, the dolphinarium Selwo Marina and the butterfly museum Mariposario de Benalmádena. Next to the butterfly museum is the Buddhist temple Estupa budista de la Iluminación, which was inaugurated in 2003 and thanks to which its original design has become a well-known landmark.

The Benalmádena casino is also home to the Torrequebrada casino from 1979. Another special monument worth visiting is the Castillo de Colomares, a miniature castle built in memory of Christopher Columbus and the discovery of America, built between 1987 and 1994.

Benalmádena has several sports facilities, including the Club Náutico in the port, the ice rink and indoor swimming pool at Club de Hielo (the only permanent ice rink in Andalusia) and two municipal sports halls with both indoor and outdoor sections, located in Arroyo de la Miel and Benalmádena Pueblo for athletics, field hockey, football, tennis, basketball and swimming, a skate park and two golf courses. 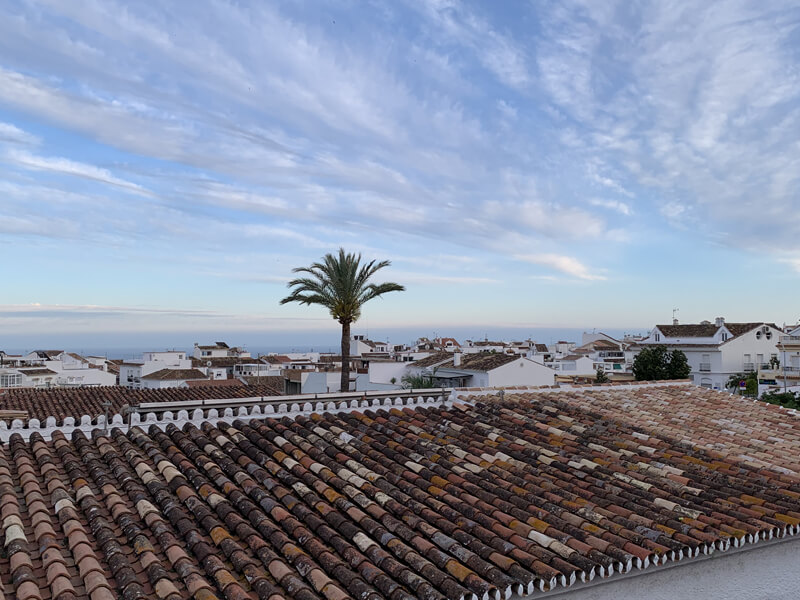 Benalmádena is a green and airy municipality with varied edifications. Here is also the Costa del Sol's largest park, Parque de la Paloma of 200,000 square meters with lakes, large green areas perfect for a picnic, several cafes and playgrounds. A very popular excursion destination all year round, not least for families with children.

Benalmádena has a Mediterranean climate with hot summers and mild winters and an annual average temperature of 19 degrees.

Magnificent independent villa with swimming pool in the heart of Benalmádena

Beautiful single-storey villa with a private pool and a very well-kept garden with fruit trees. The house consists of…

Apartment with 2 large bedrooms and a bathroom located between the prestigious areas of Higuerón and Capellanía, very…

Ground floor with 3 large bedrooms, one of them with a complete bathroom en suite. They all have fitted wardrobes and…

With a gorgeous view of the Mediterranean, this beautifully renovated apartment is located in a very well maintained com…

Apartment with 2 bedrooms and 2 bathrooms in a quiet urbanization in Benalmádena Pueblo. Both bedrooms have fitted ward…

Wonderful duplex penthouse on the beachfront in Torremuelle

Impressive duplex on the very first line of the beach in Torremuelle with 2 bedrooms and 1 bathroom. On the first floor…

Superb apartments with 2 and 3 bedrooms, in a privileged location, with large terraces and stunning sea views in some…

Superb apartments with 2 and 3 bedrooms, in a privileged location, with large terraces and stunning sea views in some…

This project consists of 19 luxury homes located in the heart of the Costa del Sol, in the municipality of Benalmádena,…

In the heart of a real oasis of peace and comfort, within the natural park of Torremuelle and with privileged views to…