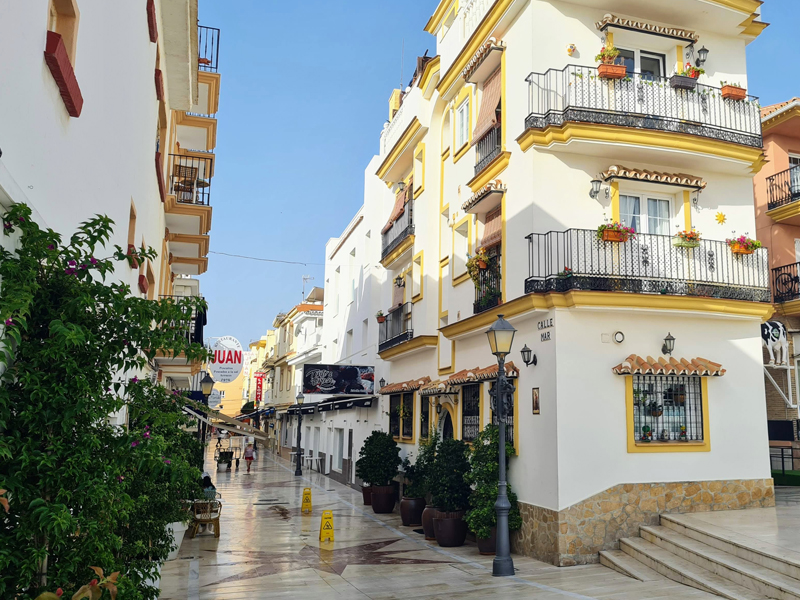 Torremolinos is adjacent to the city of Málaga and Benalmádena and is very close to the airport, making it easy and convenient to get here. The municipality has an area of 20 square kilometers and just over 69,000 inhabitants, many of whom are of foreign descent who have fallen in love with the cozy and well-situated municipality. More than 130 different nationalities live here permanently, including many Scandinavians and British. The foreign inhabitants make up about 26 percent of the total, the majority of them are Europeans.

The small fishing village of Torremolinos was converted already in the 1950s into one of the largest tourist destinations in Spain, the single largest both on the Costa del Sol and in Andalusia, and for several decades Torremolinos was the symbol freedom and multiculturalism, which in many ways still continues. Some of the celebrities from Torremolino's golden age are Grace Kelly, Ava Gardner, Brigitte Bardot, Salvador Dalí and Frank Sinatra. Torremolinos is today, among other things, a well-known tourist destination for LGBTQ people all over the world. 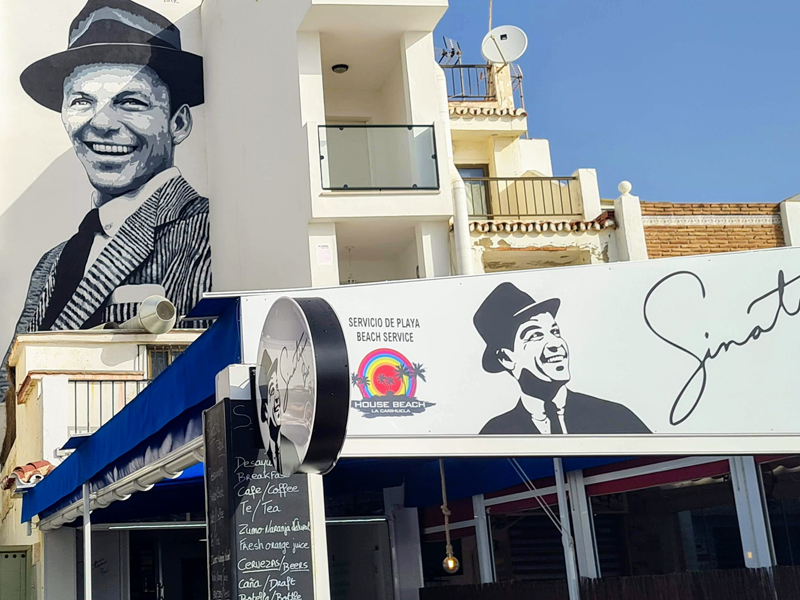 The oldest neighborhoods in Torremolinos are La Carihuela in the south and El Bajondillo in the north. Montemar and El Pinillo are more recently built areas. Other modern neighborhoods are Playamar, La Colina and Los Álamos with several new productions and a lot of hip beach bars. The main commercial street is Calle San Miguel in the center of the old town.

In Torremolinos there is a cultural center calle Pablo Ruiz Picasso. There is also a large exhibition and congress center as well as the municipal auditorium Príncipe de Asturias, where the city's major events are held. In Torremolinos you also find a a tattoo museum, El Museo del Tatuaje El Templo, which was the first of its kind in Spain. Since 2006 there is also a film museum, El Museo del Cine.

Torremolinos is also known for its urban art, which above all shows the city's modern history as the Mecca of many Hollywood stars. There is a mural of Frank Sinatra and another one dedicated to Brigitte Bardot. Other famous faces you meet in the form av street art are Salvador Dalí, Picasso, Spike Lee, Anthony Hopkins, Samuel L. Jackson och Laurence Fishburne.

La Feria de San Miguel in September is Torremolinos' biggest street party. On the first Thursday in June, El Día del Pesacaíto is celebrated in La Carihuela and along the promenade. A tradition that dates back to the late 1980s and is dedicated to the strong local tradition of eating fish and seafood in all shapes and forms.

Torremolinos' biggest attraction is of course the beaches. The municipality has a nearly seven kilometer long coastline and the main beaches are Los Álamos, Playamar, El Bajondillo and La Carihuela. La Carihuela is a two kilometer long beach located in the old fishing district of the same name and naturally there is an abundance of reputable and cozy fish restaurants to enjoy all the delicacies of the sea. Along the beach runs the lovely promenade, perfect for long walks and jogging. There is also a large selection of outdoor cafes, kiosks and sunbeds that can be rented for the day. 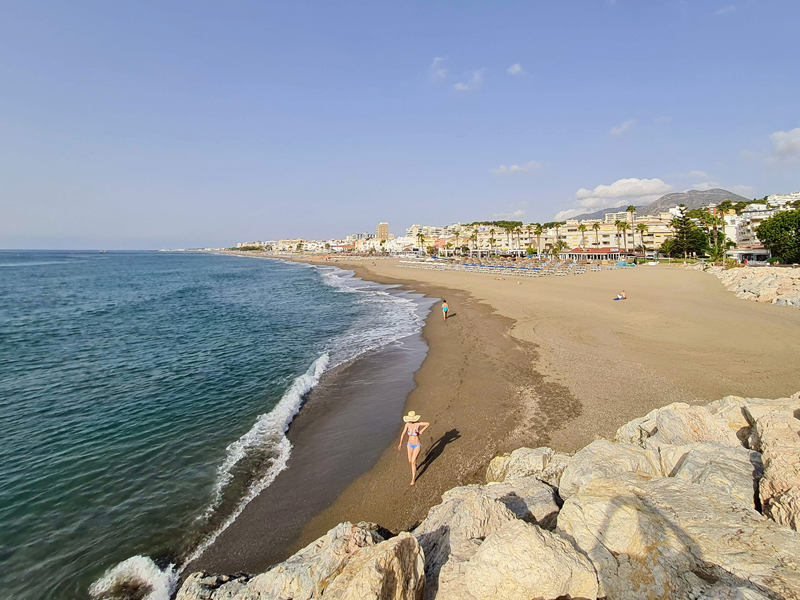 The city's largest green areas are Los Manantiales de Torremolinos-Jardín Botánico Molino de Inca and Battery Park. Los Manantiales is a pine forest that is the lung of Torremolinos, there are also BBQ's and picnic tables, free for the public to use. Battery Park in located in the district of Montemar Alto and was inaugurated in 2007. It has a large artificial lake of 9,000 square meters, where you can rent a boat, a 15-meter lookout tower with elevator and views of the entire Costa del Sol, several walking trails, bike paths and playground. In Torremolinos you also find the water park Aqualand and Crocodile Park.

Torremolinos has several large municipal sports facilities. The largest is the Estadio Polideportivo Ciudad de Torremolinos, for athletics and football. El Palacio de San Miguel has fields for indoor soccer, basketball, handball and volleyball. Virgen del Carmen consists of three different swimming pools, one of them for diving and also installations for several other sports.

This ground floor loft apartment has been completely refurbished and styled and never lived in. It is perfect and ready…

Entirely renovated top floor apartment with panoramic views of the coast and walking distance to the beach.

We can help you find the perfect home in Torremolinos